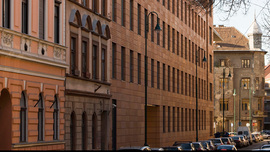 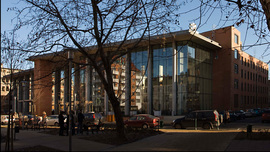 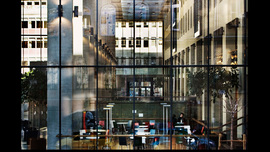 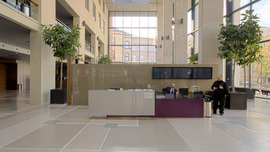 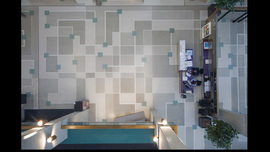 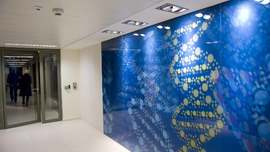 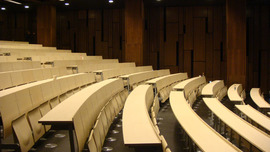 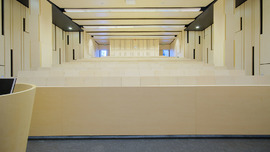 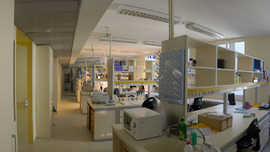 The new Education Center of Semmelweis University was designed in the heart of Ferencváros, Budapest by Tamás Noll, Attila Madzin and Rózsa Csavarga. The building complex is an urban building within a dense urban context, with a theoretical building organized in a comb-like manner, including internal gardens in between its parallel wings. The representative main entrance and the soul of the building is the central lobby, also suitable for holding exhibitions. For the building, a national, public architectural design competition was organized in 2003-2004 by the Ministry of Education and the Semmelweis University. The program of the competition determined three main function groups:

3. Building for the Faculty of Pharmacy

The design competition was arranged by Architect and Engineering Ltd. Semmelweis University and the Ministry of Education concluded an agreement to implement and operate the Education Center in March 2004 in the form of a PPP - Public Private Partnership. Subsequently, M-TEAMPANNON Kft. was commissioned to prepare the tender design. The plans included the implementation of the three functional units in two phases. In the first phase, the underground parking and the educational building was built, together with the theoretical institutes; the institutes of the Faculty of Pharmacy will be built in the second phase - the date is yet uncertain.

Taking full advantage of the construction site and taking into account the urban fabric, the Educational Center was built in two blocks. The main entrance of the building complex can be accessed from ‘Vendel’ Square at the corner of Vendel Street and Thaly Kálmán Street, but an alternative main entrance to the large-scale lobby, around which the complex is organized, was designed from the Tűzoltó Street as well. Thus, the internal passage towards the Klinikák Metro Station was spatially connected to ‘Vendel’ Square.